The European Space Agency (ESA) is an intergovernmental organisation dedicated to the exploration of space, with 22 member states. Established in 1975, ESA has a staff of more than 2,000 with an annual budget of about €4.28 billion / US$5.51 billion (2013).

ESA's space flight programme includes human spaceflight, the launch and operations of unmanned exploration missions to other planets and the Moon, Earth observation, science and telecommunication.

The research centre for ESA science missions is based at ESTEC (European Space Research and Technology Centre) in Noordwijk, Netherlands. 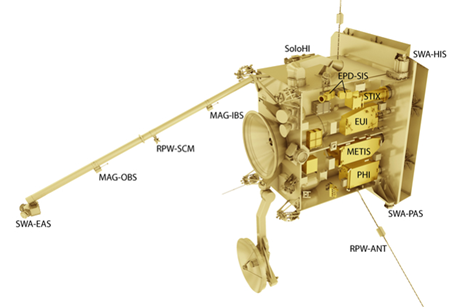 Solar Orbiter is a mission dedicated to solar and heliospheric physics. The programme outlines key scientific questions which need to be answered about the development of planets and the emergence of life, how the Solar System works, the origins of the Universe, and the fundamental physics at work in the Universe.

The spacecraft carries a suite of 10 state-of-the art instruments to observe the turbulent, sometimes violent, surface of the Sun and study the changes that take place in the solar wind that flows outward at high speed from our nearest star.

One of those instruments is the Extreme Ultraviolet Imager (EUI) which is a suite of three ultraviolet telescopes that will observe the Sun in four bandpasses. The suite is equipped with a single-band and a dual-band High Resolution Imager that will observe the Sun at high spatial resolution and cadence, along with a dual-band Full Sun Imager that will continuously monitor the Sun. The Centre Spatial de Liège (CSL) is responsible of the development of the EUI.

DELTATEC has been selected to design the three Focal Plane Assemblies (FPA) which are the cameras ensuring the mechanical, thermal and electrical accommodations of the detector. It includes the detector proximity electronics called “Front End Electronics” (FEE), cooling straps and a mechanical housing. DELTATEC is also responsible of the manufacturing, the assembly and the verification of the cameras. 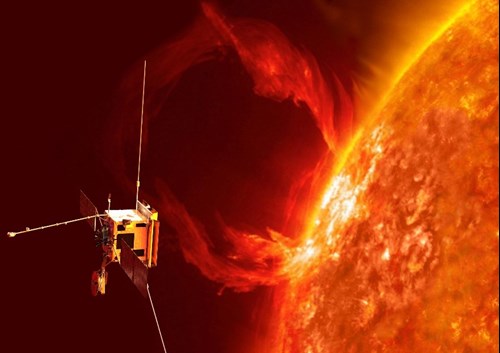 In addition to traditional space challenges (radiation hardness, high reliability…), one can underline the specific following ones:

The front end electronics is built around an antifuse FPGA from Microsemi (RTAX family), able to work under the severe space conditions (radation and temperature). The PCB is designed using a mixed flex-rigid technology to accommodate the housing perfectly.

The mechanical housing design has the following very specific features:

To comply with the severe temperature specifications, custom thermal straps have been designed to create a high-efficiency conductive thermal path between the image sensor and the satellite heatsink. Those straps are made of copper with an encapsulated structure of graphite which gives an excellent thermal conductivity and a very small density (mass).