More than 4 months after its launch on February 10th from Cape Canaveral in the United States, the Solar Orbiter space mission, carried by ESA in collaboration with NASA, has delivered its first images.

Here are some amazing pictures and videos!

As a reminder, Solar Orbiter is an ESA mission dedicated to solar and heliospheric physics. The program outlines key scientific questions that need to be answered about the development of planets and the emergence of life, how the Solar System works, the origins of the Universe, and the fundamental physics at work in the Universe.

The spacecraft carries a suite of 10 state-of-the art instruments to observe the turbulent, sometimes violent, surface of the Sun and study the changes that take place in the solar wind. One of those instruments is the Extreme Ultraviolet Imager (EUI), which is a suite of three ultraviolet telescopes that will observe the Sun in four bandpasses. The suite is equipped with a single-band and a dual-band High Resolution Imager that will observe the Sun at high-spatial resolution and cadence, along with a dual-band Full Sun Imager that will continuously monitor the Sun. The Centre Spatial de Liège (CSL) was responsible for the development of the EUI. 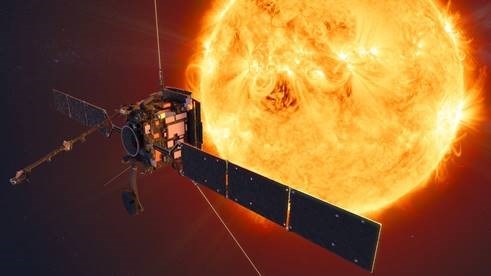 DELTATEC designed the three Focal Plane Assemblies (FPA), i.e. the cameras ensuring the mechanical, thermal and electrical accommodations of the detector. It includes the detector proximity electronics called “Front End Electronics” (FEE), cooling straps and a mechanical housing. DELTATEC is also responsible for the manufacturing, the assembly and the verification of the cameras. Most of the technologies mastered by DELTATEC (https://www.deltatec.be/technologies) have been used in this project. 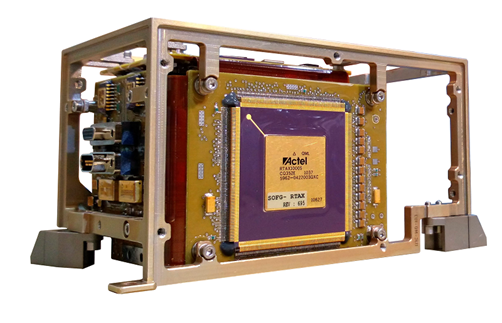 One of the 3 EUI Plane Assemblies

* Comments and technical info under videos on our YOUTUBE channel are provided by Royal Observatory of Belgium (Brussels) by the SIDC solar physics team lead by David Berghmans (EUI PI since January 1, 2020) - More info here https://wwwbis.sidc.be/EUI/EUI/first_light